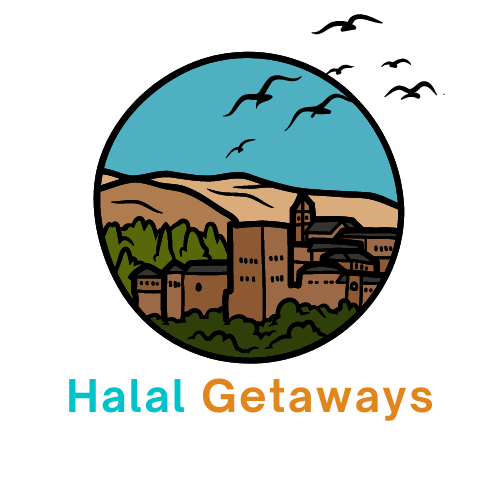 When you book with an account, you will be able to track your payment status, track the confirmation and you can also rate the tour after you finished the tour.
Sign Up
Save To Wish List

When you book with an account, you will be able to track your payment status, track the confirmation and you can also rate the tour after you finished the tour.
Sign Up
4191

The renowned Andalucian Experience tour is the most popular tour that we offer and has been highly recommended by people from all corners of the world. Different cultures and identities have been coming together to share this incredible journey for over 17 years as we were the first established tour operator to provide this life changing experience.

As a halal friendly tour operator, all our services are catered for Muslim travellers, so we take you to Halal Restaurants and ensure that you have Prayer times built into your itinerary. There will be time to meet with new Spanish Muslims who are reviving the Islamic heritage of Spain by using Moorish architecture in their houses, plant olive trees, explore local farms and gardens, and see how local communities are following Andalucian agricultural methods first introduced by Muslims, to grow their own fruit and vegetables.

Due to the new policy implemented by the Board of The Alhambra, which restricts the number of entrances, it is not possible to guarantee the visit inside the monument

Upon your arrival at Malaga airport we will transfer straight to Cordoba, the legendary Muslim city that was the Capital of al Andalus (approximately 2 hour drive). Upon arrival we will check into the hotel. There will then be time to freshen up before a short briefing followed by a short evening tour in the city (evening tour to be confirmed).

After breakfast we will take a guided tour of Cordoba Mosque, one of the most important and largest Mosque in its time. After taking lunch we take a walk through the old Jewish quarter and then across the old Roman bridge for a visit to a fantastic interactive Museum on Islamic Spain (approximately 4-5 hours). In the evening we will be visiting local Spanish Muslims on their farm in Almodovar for dinner (to be confirmed).

After breakfast we will leave for Seville stopping on the way at the archaeological site of Madinat al Zahra. The city built by the Caliph Abdul Rahman III. Here we see the Palace ruins and take a visit to the new exhibitions and museum (approximately 2.5 hours). We will then continue to Seville (approximately 2 hours drive). Upon arrival we will take a guided visit to Seville’s historic center which will include the Royal palaces and gardens built for a Christian king in Islamic Architecture and its Giralda Tower, once the biggest Minaret in the world (approximately 2 hours). It is said the Muezzin used to ride up on a horse to call the Azan. There will then be free time for shopping and to explore the city. In the evening we will make our way to Granada, the last Muslim Kingdom which held out for 250 years before the inevitable fall in 1492 (approximately 3 hours drive). Upon arrival we will check into the hotel for free time.

After breakfast we will make our way to the Alhambra, usually the highlight of the tour for many. Nominated a wonder of the world the visit to the Palaces, gardens and fort will leave you breathless (approximately 3-4 hours). After this you will have free time for the rest of the day to do some shopping and explore the Albaycin.

After breakfast there will be free time before we make our way up to the new Mosque for Jummah. We will then depart for the Alpujjara along the route of Nasrids. On the way we will stop at the old Muslim bridge and the Muslim fort/castle which is the location of one of the last stands made by the Muslims of Alpujjara. We will have a chance to interact with the local Muslim community while having dinner at a Muslim restaurant run by Spanish Muslim revert (approximately 4-5 hours). We will then return back to Granada.

After breakfast we will make our way back to Malaga airport (approximately 1.5 hour drive).

Our Andalucian experience comes to an end with final farewells.

Please note the above itinerary is to be used as a guide and may change. 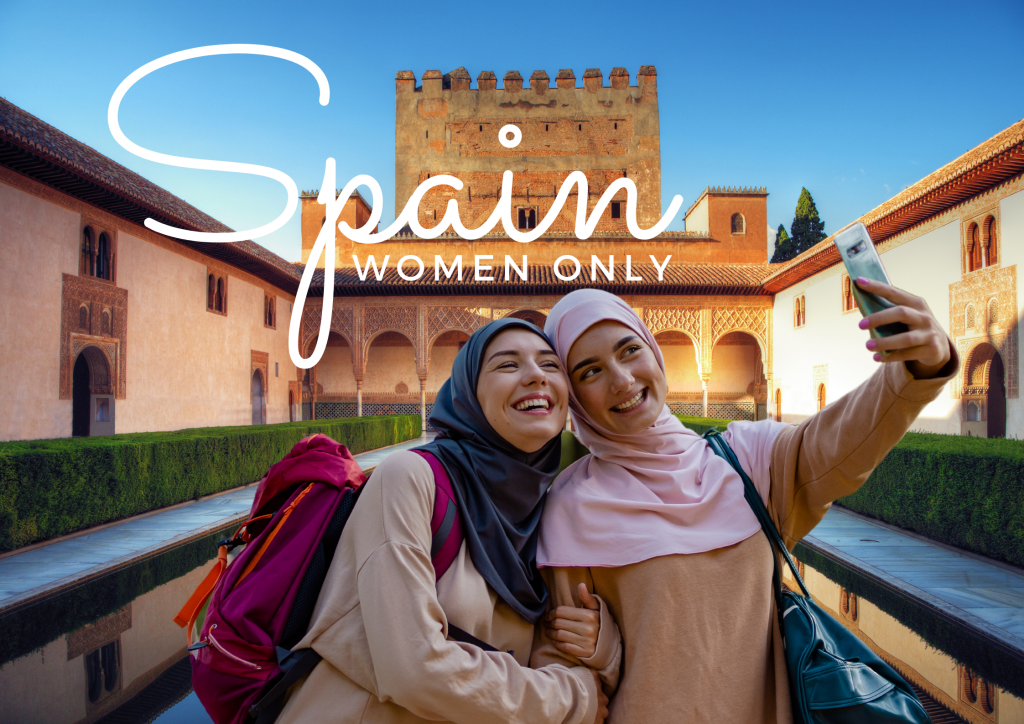 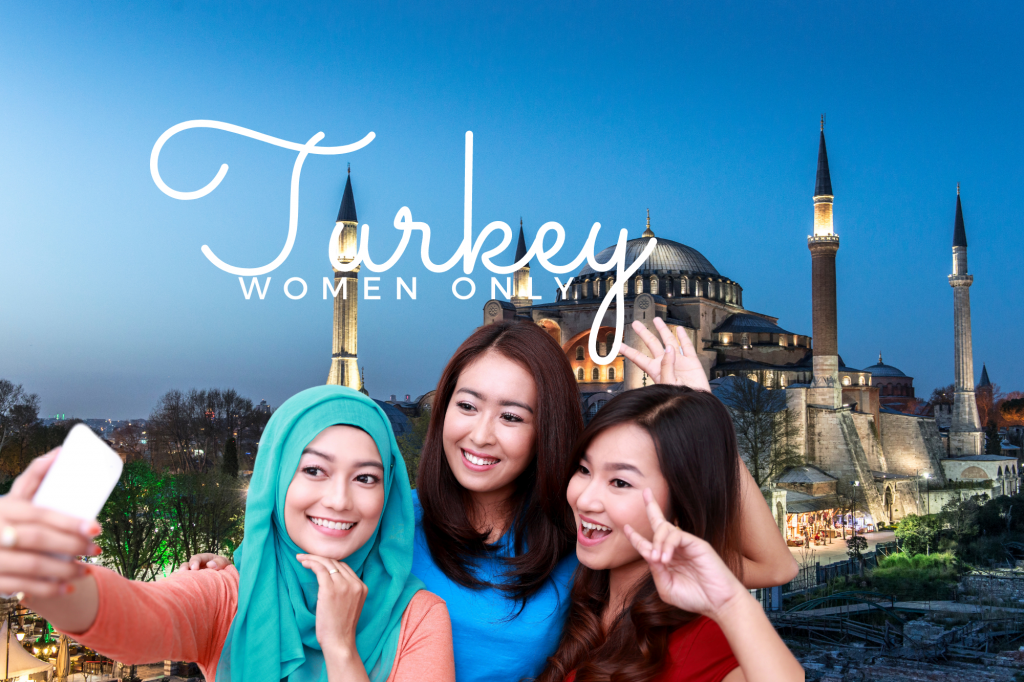 Salam Alaikum to everyone,

It was a wonderful experience in Al Andalusia with Tariq Brother. Amazing place and highly recommended to everyone, who is interested (Regardless religion and ethnicity) to know about height and decline of a civilization should visit there.
Islamic Spain is a lesson which effectively changed my previous understanding with Islam. I have promised myself to visit this place once more in near future Insha Allah. This place have spirituality which makes you feel like home. I would strongly recommend to Muslim parents to send their kids in youth leadership program.
At the end thanks to Tariq brother and his team to put their efforts in this great cause.

Many wishes from Germany,

“Have they not journeyed through the land and seen what was the end of those who have gone before them? They were stronger then themselves in might and left firmer traces on earth, yet whatsoever they earned did not help them.” Holly Quran, chapter 40, verse 82.

My wife and I just got back from an amazing journey to Spain last night.

After Hazarat Abu Bakar, Hazarat Umar, Hazarat Osman and Hazarat Ali (the rightly-guided Khilafas), the title of khalifa was borne by the fourteen Umayyad kings of Damascus (661-750) and subsequently by the thirty-eight Abbasid monarchs of Baghdad (750-1258). After the fall of the Umayyad dynasty, the title was also assumed by the SPANISH, first European dynasty. (branch of the Umayyad family) who ruled in Spain at Córdoba (755–1031), by the Fa?imid rulers of Egypt (909–1171). . From 1299 to 1922 under Ottomans in Turkey and officially abolished in 1924 in British parliament. Thus there existed multiple contemporaneous caliphs from the 7th to 13th centuries.

In all this the Spanish Muslim rule was most glorious and as well as tragic in the history of Islam and for this reason I always wanted to visit Spain.

Today we draw parallels of Spain with current events (at-least I have done it). There is so much to learn from our Spanish/European heritage, almost ruling there for 800 years the Muslims were literally wiped out (a sad chapter of history).

The tour is called Andalucian Routes run by a very dedicated soul Tariq Mehmood, who is a master in the Islamic history of Spain. The places we have visited are Cardoba mosque, the ruins of Madinat al-Zahra, the Al-Hamara palace and the last stand of the Muslims at the fort of Lanjarron, at Al-Buqara.

It is also heart warming to see the resurgence of Islam today, where it was banned for 500 years, we prayed at newly built mosques by the reverts, had dinner with the Spanish Muslim family, met some amazing Spanish Muslim artists. There are many Halal food restaurants now (if you know were to find them).

If you plan to go there, I would suggest you stay there for couple of extra days to visit Seville and Rock of Gibraltar

I hope you and the family are doing well. I sincerely apologize for the late response. Here is my review of the tour (I have also attached a photo of myself because if I remember correctly, you had asked us to send one along with the reviews):

This tour has definitely been the most educational and incredible experience of my life so far. I had an absolutely amazing time and learned so much. The tour was so incredibly organized and professional. They took excellent care of us and arranged for wonderful accommodations in Spain and in Morocco. I truly enjoyed every single moment of this tour, from the informative presentations to the historical sights, to the wonderful people that I was able to meet. The way we were able to study and experience our Islamic heritage was unbelievable. I am so thankful that I was able to be a part of this amazing journey. Brother Tariq was a wonderful tour guide, and was honestly the most patient man I have ever met. He was able to guide us throughout both countries with ease and answer any questions we had. I wholeheartedly recommend this tour to everyone! It is an amazing journey that everyone should experience.

Please let me know if there’s anything else I can do to help. Jazak Allah Khair.

Hope everything is well with you. I couldn’t find a way to post my review so I thought I would email it to you.

Andalucian tour was unique, memorable, and inspirational for many reasons:

Typical tours provide only a sightseeing tour with some important facts and interesting stories. However, Br. Tariq is able to bring alive the period of Muslim Spain through his passionate discussion of history, visiting important historical sites, and interacting with current native Spanish Muslims succeeding in reviving Islam in Europe.

I highly recommend this tour for adults and teenagers as they will come to know about the positive influence of Muslims in Europe and other parts of the world during the Andalucian period.

I had an amazing experience. The Tour was extremely well organised, well paced, informative and really exhilarating! I feel proud of my Islamic heritage and would strongly recommend this tour to Muslims and non Muslims alike. I would like to give special recognition to our tour guide Tariq, who was incredibly patient, knowledgeable and very friendly. I feel we had a unique experience, being able to meet Muslims indigenous to the region.

Thank you for a wonderful experience, may Allah reward you for all your efforts,